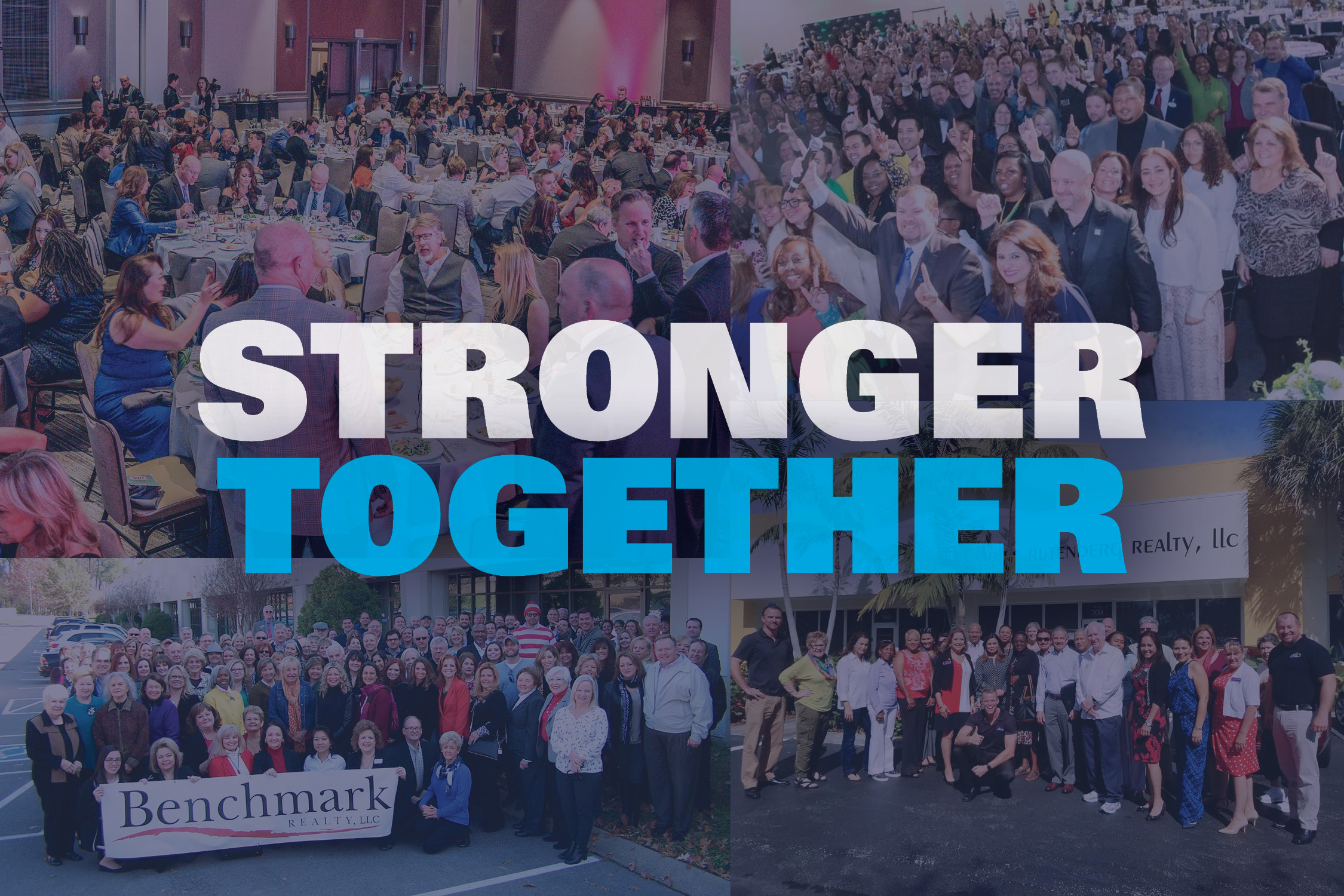 United Real Estate is celebrating its 10th anniversary this year, and the company’s explosive growth has captured the attention of many...

United Real Estate is celebrating its 10th anniversary this year, and the company’s explosive growth has captured the attention of many within the real estate and investment communities.

Thanks to year-over-year, double-digit growth, established real estate companies and agents are joining United and reaping the benefits.

By providing the latest training, marketing and technology tools to both agents and brokers under a 100% flat-fee commission strategy, United has proven to be an industry standout. By teaming with United, agents are able to achieve higher net earnings, and brokers can leverage a complete system to grow a successful, thriving real estate business.

Solid Partnerships
Virtual Properties Realty, a United Real Estate Company, operates 14 offices from the Georgia coast to Greater Atlanta and into North Georgia and the Smokies. The firm ranks as the top marketshare holder in Atlanta and throughout the state of Georgia.

“We are a company that has always paid attention to market trends and has stayed ahead of the times,” says Co-Founder Steve Wagner. “We’ve won numerous awards for being a company with the best vision.”

Feeling like they may have gone as far as they could on their own, the firm merged with United in December 2020 and recently celebrated their 4,000-agent milestone.

Since merging, Wagner has experienced a lot less stress thanks to the amazing support United offers. Plus, the fact that United is in 27 states has helped his firm go from a local/regional company to a national organization.

“United’s Bullseye technology filled our needs. We realized the benefits of the marketing programs and additional tools the proprietary platform provides our agents,” Wagner says. “Additionally, their high-end websites were better than anything we could find or build on our own.”

Charles Rutenberg Realty Fort Lauderdale, a United Real Estate Company, will soon be heading into its 20th year, and currently has over 1,000 agents serving Fort Lauderdale, Miami and South Florida.

Cynthia Benchick, principal broker and vice president of the firm, feels that one of the best decisions she’s made was merging with United in October 2019.

“Knowing that I was considering sun-setting, it was very fortuitous when a colleague recommended United take a look at Charles Rutenberg,” Benchick says. “They had already been tracking our company and really liked what they saw. Specifically, they recognized our high level of business acumen and loved that we had been true pioneers of the flat-fee commission model. We maintained a strong, growing agent count and had a steady, seasoned staff—which was ideal for United.”

Since the merger, Benchick has seen a great deal of support invested in her team.

“We have market interrupters in our industry, but United has developed systems to overcome them,” Benchick says. “They came at the right time, with the right people, and nothing can compare. I only wish I had met them 16 years earlier.”

Phillip Cantrell, founder of Nashville-based Benchmark Realty, a United Real Estate Company, grew the firm from a small boutique office that originally served five homebuilders in the Greater Nashville area to one that has over 1,400 highly productive affiliates operating out of seven offices today.

Drawn to United by the company’s grasp of the empowerment and value of the fee-based model, Benchmark Realty merged with United in December 2020.

“My greatest fear was doing a merger with a larger company and seeing everything we had worked for years to build getting thrown onto the heap with other companies—and all identity, culture and principles disregarded or even lost,” Cantrell says. “From the very beginning of the conversations with United, it was crystal clear that they had no intention of changing everything in a merger. Conversely, they were counting on Benchmark to contribute to improving United.”

Given sufficient time, Cantrell believes his firm could have eventually achieved the growth he desired, but merging with United has acted as an accelerant to those plans. The firm’s agent count has grown 15% year-over-year, with zero losses attributable to the merger.

United’s benefits extend even further and include access to a management team with a very deep bench, financial advice and technical expertise.

“To be able to pick up the phone and consult with some of the greatest minds in the industry has a value that’s incalculable to an entrepreneur like me,” Cantrell says. “It feels good to know that there is instant support available because Benchmark has never traveled this path before.”

Tools of the Trade
Wagner has been impressed with United’s referral network. And Virtual Properties Realty has seen an increase in referrals thanks to being connected to United’s Relocation and Referral Network, operating nationally.

“That’s extra sales for our agents, and we’re also reaping the benefits from more outgoing referrals, too,” he says. “You place the referral through them, and the agent is guaranteed to be paid, which was not always the case before our association with United.”

Then there’s the fee structure, which melds closely with Virtual Properties Realty’s compensation model, in addition to United’s forward-thinking and positive approach to growth and innovation. 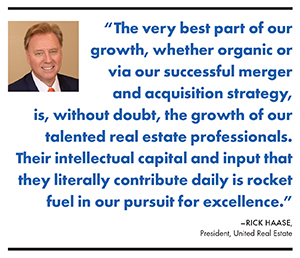 “If you were an agent and wanted to grow your business, would you go with a company that’s stagnant, or one that’s cutting-edge and always growing?” asks Wagner. “Most people are going to want to tap into the energy of a growing company, and people piggyback onto that.”

Plus, as business leaders, Wagner and his partner Karen Burks (his mother) have the whole United organization at their disposal and have benefited from consultation resources and decades of experience from United’s team.

United also offers a national business conference, allowing brokers and agents to enjoy the camaraderie and career development that come from gathering with and learning from the entire United affiliated network. United’s culture of sharing permeates the organization from top to bottom, making all boats rise.

United’s systems, which include training, technology, marketing programs and home office team support, are second to none, according to Benchick.

“United offers automated marketing tools and postcard programs that are spot-on, and they also have a gift department that allows for incredible gifts to be sent at closing,” Benchick says. “They provide great weekly educational content and keep the brokers and agents updated on United’s tools, programs and support services through weekly newsletters.”

For managers and the home office administrative team, United offers several different types of virtual meetings per month, keeping everyone together and engaged in a very familiar way.

“They bring unity, and you feel like you’re a United nation,” says Benchick. “We know it’s boundless as to where we can take the company.”

By partnering with United, real estate companies can ensure their agents are better positioned for the new face of real estate in 2022 and beyond.

“It never was, and can never be, just about the money,” Cantrell says. “United was ready and willing to invest both time and capital in helping us grow our business. The entire relationship has been one of layering on tools and services, as opposed to replacing what we had developed.”

An organization builds strength when there is an influx of new intellectual capital, market reach and diversity in talent and skill sets, according to United Real Estate President Rick Haase.

“The very best part of our growth, whether organic or via our successful merger and acquisition strategy, is, without doubt, the growth of our talented real estate professionals,’ says Haase. “Their intellectual capital and input that they literally contribute daily is rocket fuel in our pursuit for excellence.”